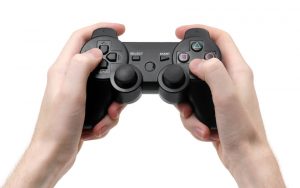 Are you causing yourself a life threatening injury?

You’ve linked up with your gaming buddies and entered your chosen fantasy world. Nothing wrong there, sounds like good fun to me.

A few hours later maybe a parent is nagging you to get off the games and do something else but you brush this off and continue. You’re having fun, you’re not harming anyone, what’s the issue? plus, what else is there to do? Certainly during the 2020 lockdown, furloughed from work, no school or college, can’t go anywhere – but at least in the gaming world you can hook up with mates and fill your time with endless battles or adventures or whatever takes your fancy. After all, there doesn’t seem to be any warnings on the games about playing for long periods, so nothing to worry about, just keeping yourself occupied. But as the hours drift by and you barley move you may be causing yourself life threatening ‘injury’.

Louis’ story is by no means isolated;

It took several seconds to Google search ‘DVT from computer gaming’ to find so many other experiences, even as young as 14!

Here is just one other story:
‘A young man in New Zealand developed life-threatening blood clots in his leg after four days of playing PlayStation games, according to a report of his case. Perhaps playing video games, which involves sitting still for long periods of time, should be added to the list of ways people may increase their risk of deep vein thrombosis (DVT), the doctors who treated the man said…’ Read the full article here

Should computer games carry a warning about DVT?

If one doctor treating the above person suggests playing games for long periods should be officially placed on the list of causes of DVT then why are there no warnings on the games themselves? Games these days are so incredibly immersive that it is very easy to lose oneself for several hours at a time. I have done it myself!